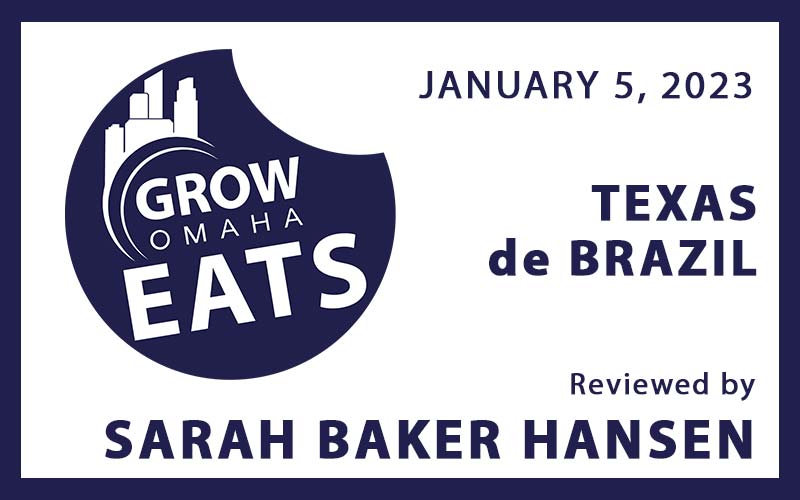 At Texas de Brazil, it’s the smorgasbord of meat that’s drawing a crowd 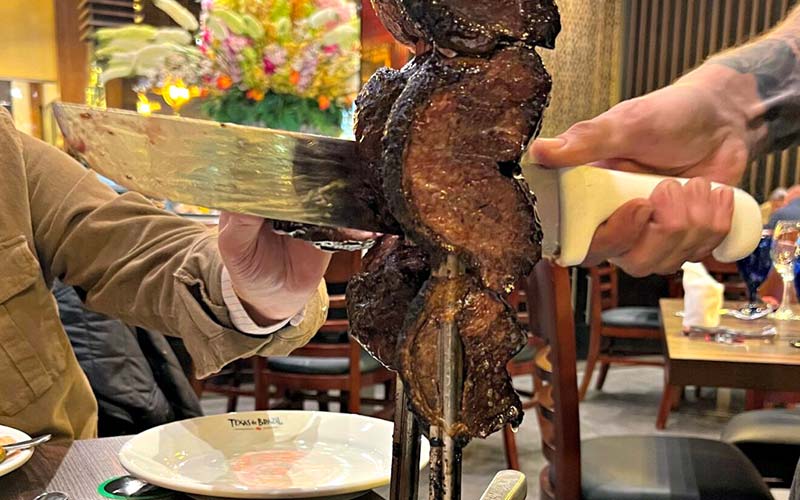 At Texas de Brazil, the city’s first Brazilian steakhouse in the Capitol District, I can say one thing for sure: the meat just never stops coming.

During my two recent experiences at the downtown spot, which opened in October and has been much talked about since, I found that meat, when cooked to the medium rare promised at arrival, can be quite delicious, well executed and wonderfully seasoned. The salad bar is fun. So are the caipirinhas, the official drink of Brazil. I could eat a dozen little rounds of the Brazilian cheese bread by myself, I’m sure.

But — you knew there was going to be one — I had some challenges, too. Though I liked the majority of the restaurant’s meat, some arrived well-done. Service can be spotty and slow. And in spite of each diner having a little sign to advise the meat carvers when they’d like a break, we never got one.

The Texas-based chain restaurant has numerous locations across the United States, as well as in Mexico, South Korea and Dubai; in short, this isn’t a mom-and-pop shop. Rather, it’s a giant restaurant chain, and the experience, at times, feels like it.

The lights are bright inside the dining room, which can be packed to the gills, like it was the first evening we tried it with another couple. The staff doesn’t seat your party until all guests have arrived, and both times we visited, our wait extended several minutes beyond the time our group arrived, even with a reservation. (I wouldn’t suggest going without a reservation. This is not a “wing it” kind of restaurant, at least not yet.)

Once diners are seated, they are almost immediately invited to go to the salad bar. I’d heard about it before we went, but I have to say, it was one of my favorite parts of the experience. The lineup is vast and varied, and has some particularly interesting offerings, including a sweet, warm pineapple carpaccio; a great selection of briny, pickled vegetables; a tasty Brazilian vinaigrette packed with minced vegetables and corn; and a lovely selection of seafood, including lightly dressed cooked shrimp and smoked salmon. Matthew particularly enjoyed an herby couscous salad and I liked the colorful cuts of roasted jalapenos.

Texas de Brazil’s website advises that the salad bar selections change seasonally. I did send an email to their corporate headquarters to see if I could chat with someone for this story, but I did not receive a response before my deadline.

I didn’t try the soup, though the lobster bisque seems popular, if the busy soup station adjacent to the salad bar was any indication. And I tried to keep my salads reasonably sized, though you can take and eat as much as you like, because I knew what was coming next: meat.

Each diner receives a small round card at their seat. One side is red, the other is green. When you want meat, turn it to green. If you would like to pause, turn it to red. In theory, this should be an easy system. In practice, it didn’t work.

Both times we visited, the moment we sat down with our salad plates — in one instance, before we even had a second plate for meat — the gauchos, who carve the meat, started asking us if we wanted any cuts. Mind you, all the cards at the table were turned to red. So we said no while we ate our salads.

It’s a small complaint, I suppose, but also, if the carvers aren’t going to take note of the color of a table’s card, what’s the point of the card? With some training, I think this could be fixed, and it’d improve the customer experience, which can feel like a race to the finish once the meat service begins.

The meat can be absolutely delicious. There’s more than a dozen varieties, and the selections vary by evening. I found some favorites, including a wonderfully executed filet, which we received the second evening. I’d have asked for another slice, had I known how good it was going to be.

Another favorite is the Picanha, a little-known cut here but one that’s popular in Brazil. Known as a rump cap or sirloin cap, the meat comes either plain or spiced and is ultra-flavorful. Ours, again, arrived cooked to a nice medium rare. The spice blend, heavy with garlic, is tasty.

The bacon-wrapped chicken breast and Parmesan crusted pork, two non-beef cuts the restaurant seems to always offer, are good, both juicy and flavorful. Ribs, covered in a sweet barbecue sauce, were tender one evening, but drier the next. A bite or two of roasted rack of lamb had plenty of flavor and a juicy finish. Little Brazilian sausages have a snappy casing and a spicy kick. A slab of New York Strip, cooked closer to medium, was one of Matthew’s favorites.

As the dinner went on, I noticed that some of the meat — another slab of the Picanha, a bacon-wrapped filet — had cooked to a brown center instead of the pink center we’d tried earlier. This happened during both our visits, and I suspect it’s because as the carvers walk around with meat on long metal skewers, it continues to cook. So just note: some pieces of meat are going to be more well-done than others. Depending on what you like, that might be ok.

Service outside of the gauchos can be spotty. At some points, even on a less busy evening, our server disappeared for long stretches, and we had to wait for things like side dishes and plates. I’d advise patience.

Of the complimentary sides that come with the experience, the rounds of Brazilian cheese bread are easily my favorite, and I had a hard time stopping. They have a pleasant, crisp outer crust and a stretchy, cheesy center with a salty-savory flavor that is just outstanding. Also good: the sweet roasted plantains, which are caramelized and warm and have a pleasing texture and flavor just sweet enough to be a nice contrast to all the savory choices.

Mashed potatoes and French fries, the other two sides, were fine, but I simply didn’t have enough space in my stomach to enjoy them that much.

All four of us liked the caipirinhas, which resemble a margarita, but are made with cachaça, which is Brazilian rum, and have a nice balance of sweet and tart. One of my friends, a sommelier, appreciated the Brazilian wine selections on the menu, and the one we tried, a dry red, paired wonderfully with all the meat.

Of note is the price: Regular dinner, which includes the meat and salad service is $49.99 per person. The salad area only option is $29.99. For the price, a diner that eats a lot can certainly get their money’s worth. But with cocktails and a tip, the experience can get expensive. Our second visit, with two diners each having one drink and adding a 20 percent tip, stretched to nearly $150.

I like that Omaha now has a Brazilian steakhouse; it’s long been a hole in our city’s restaurant offerings, and I like that much of what I tried, meat especially, arrived well seasoned, medium rare and flavorful. But I think the restaurant needs to work on its service, and I wish the atmosphere could be a bit more inviting and a bit less “chain restaurant” feeling.

Will I return? Probably. Texas de Brazil is certain to remain a dining destination, and with time, and some training, the stumbles we saw could be solved to make the experience live up to its much-discussed menu. 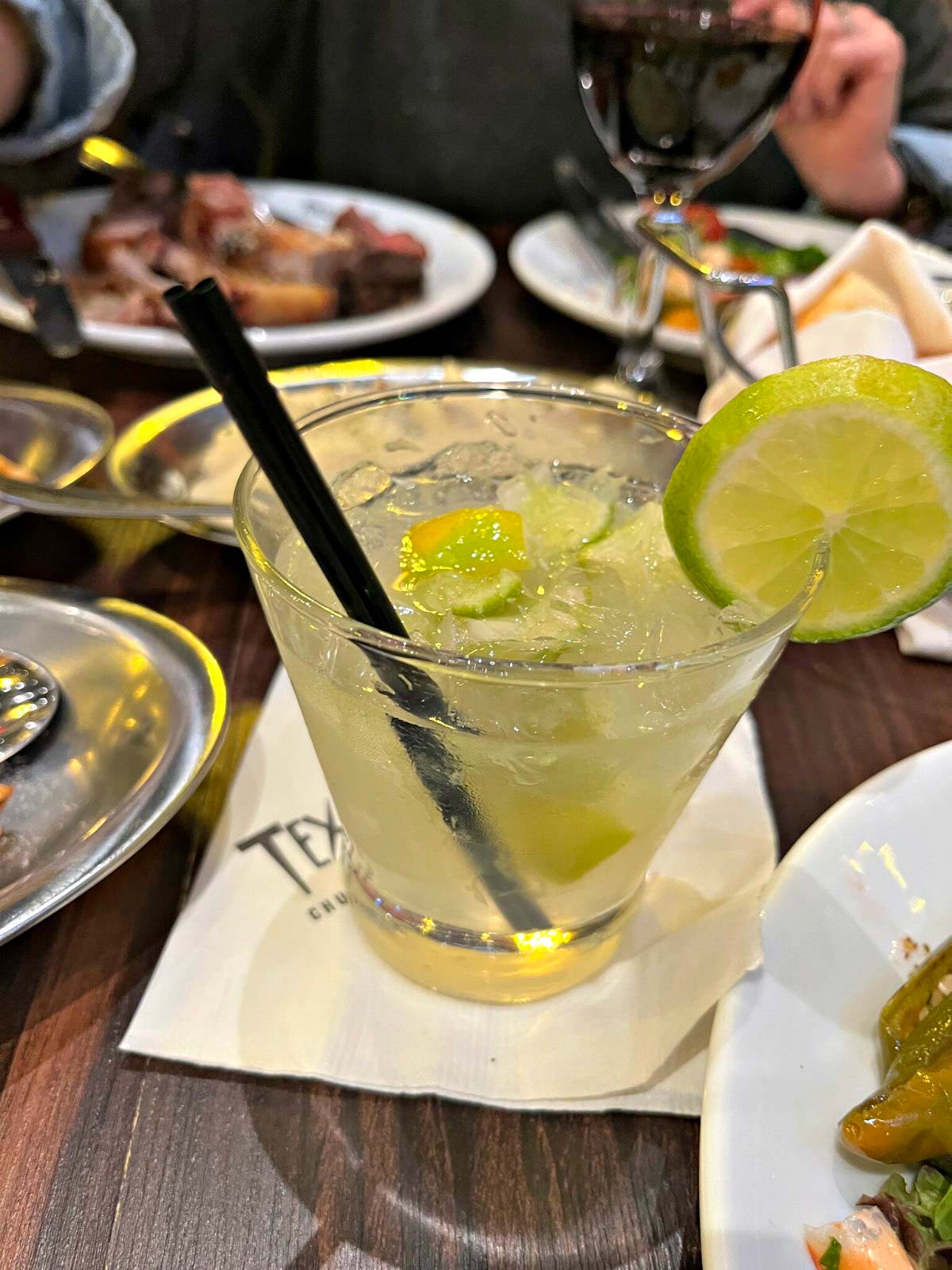 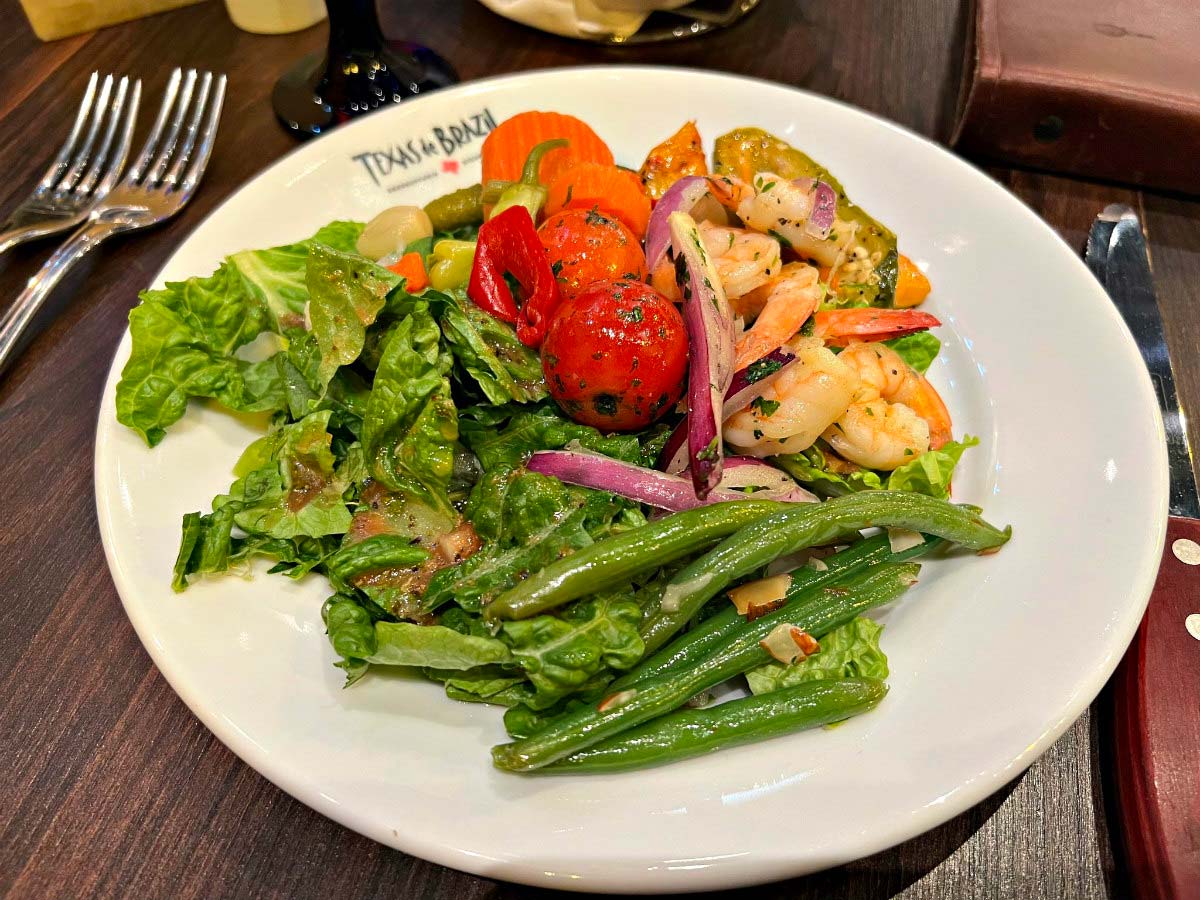 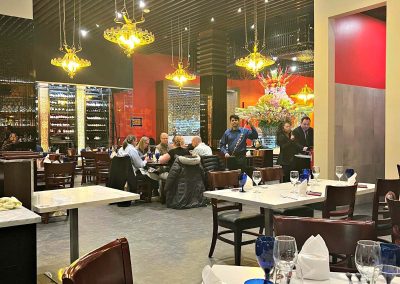 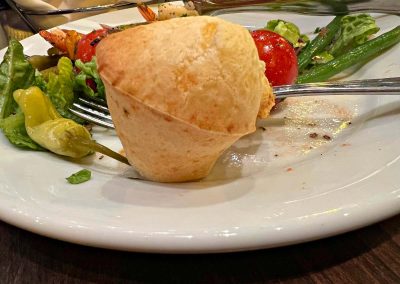 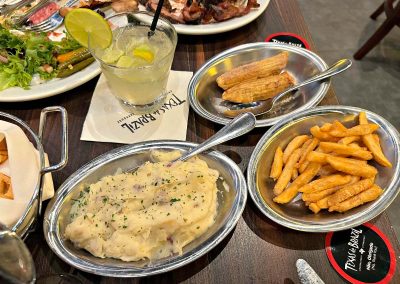 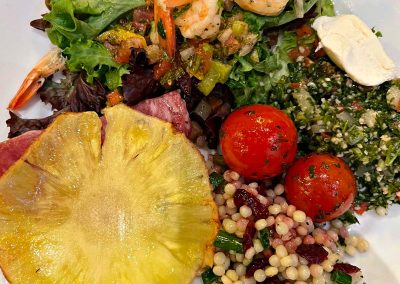 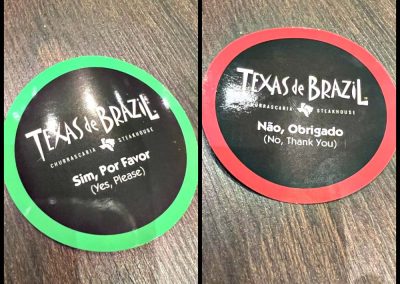 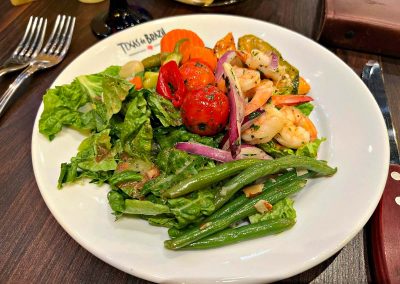 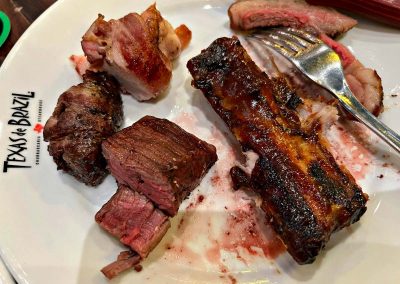 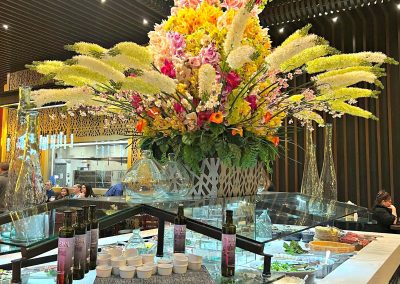 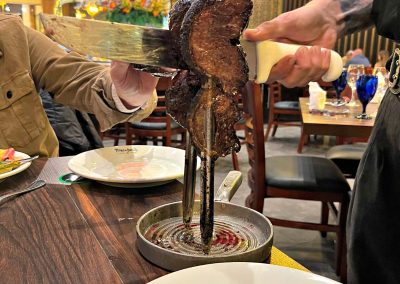 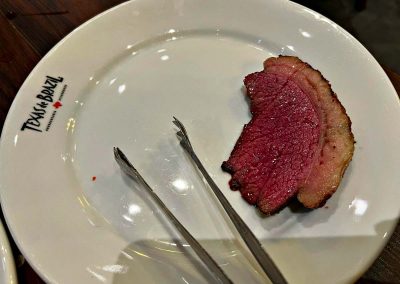 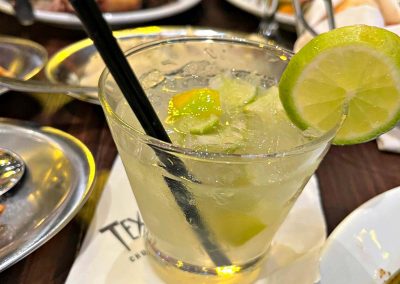 The food at the new location of Kinaara, which moved from a Millard hole-in-the-wall to a chic spot in Regency in August, is filling a hole in Omaha’s dining scene for creative, high-end Indian food served in an atmosphere to match. I couldn’t be more thrilled for us...

At the tiny Phyl’s Deli, the pastrami is the real deal (and so is everything else)

Phyl’s Deli, which opened last April in the Old Market, is tiny. Its menu is small, too – fewer than a dozen sandwiches, one soup, bagels and lox and a couple of homestyle Jewish specialties. But what’s not small at all are the enormous piles of meat that co-owner and...

My top five reviewed restaurants of 2022 (and five more favorites, for good measure)

It has been a real pleasure to return to restaurant reviewing this year. I knew I missed it; what I didn't realize was just how much. As we close out 2022 — a year that has been personally challenging for me on many levels — I just want to say a quick word of thanks...

At Sofra Kitchen, Omaha’s dining past and future collide with varied results

If you want to understand how restaurants have changed, and perhaps how our city’s dining scene has changed, consider Sofra Kitchen, the new breakfast, lunch and soon-to-be dinner space in Midtown Crossing. It’s taken over the former Grey Plume bay — certainly, any...

The Dungeness crab pot, one of the new dishes on the menu at the newly reopened Twisted Cork Bistro, is a contact sport, in the best possible way. I barely took any notes while I was eating it, and for good reason: I was eating crab, mussels, tiny roast potatoes,...

Tucked behind a softly lit door — that light green or red, depending on luck — in the lobby of downtown’s new Hotel Indigo sits the city’s latest speakeasy, serving a succinct lineup of original, artful cocktails. If the light is green, knock with the big brass door...

At Benson’s Virtuoso, much has changed, but the high-quality pizza remains the same

It’s been a while since I found myself in Benson with a slice of what is, in my book, one of the city’s top pizzas. I can’t quite say why it’s been several years — since 2017, to be exact, when I was first reviewing the restaurant — since I’ve returned. But here’s...

Sometimes when I’m deciding whether or not to review a place, I turn to Google, simply to learn a little bit more. When I googled “Hacienda Real,” the Lincoln-based, locally owned chain of Mexican restaurants that opened its third location in Omaha in August, this...

I’d heard a lot about Winchester Bar & Grill — in particular, about the burgers at Winchester — long before I ever set foot in the dive bar dining room a few weeks back. I kind of love it when rumors turn out to be true. Winchester made me feel like I was in some...

Dynamite Woodfire Grill, the restaurant inside the new Farnam Hotel at 12th and Farnam streets, presents diners with an interesting proposition: Would you rather dine with us, or at The Boiler Room? With us, or at V. Mertz? For its price point — our dinners, after...