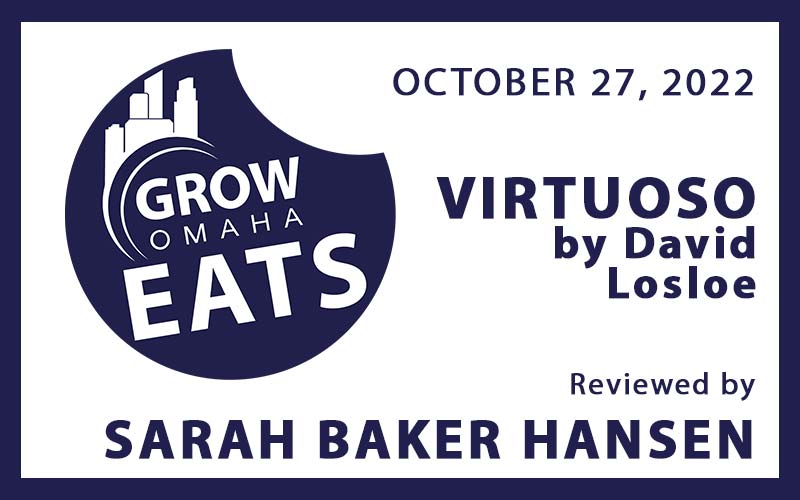 At Benson’s Virtuoso, much has changed, but the high-quality pizza remains the same 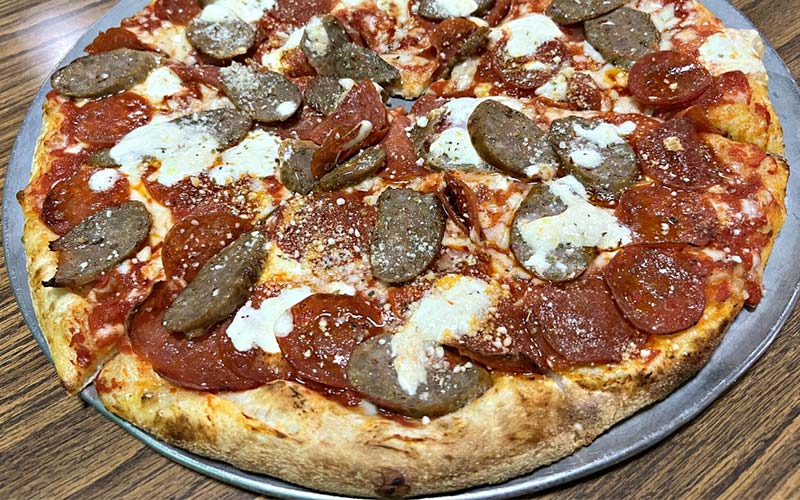 It’s been a while since I found myself in Benson with a slice of what is, in my book, one of the city’s top pizzas.

I can’t quite say why it’s been several years — since 2017, to be exact, when I was first reviewing the restaurant — since I’ve returned. But here’s what I can say for sure: That’s way too long.

Virtuoso Pizzeria, which closed its dining room for 22 months during the COVID-19 pandemic, has reopened with a boom, if the line streaming out the door on a recent Friday night is any indication. Chef and owner David Losole is still at the helm of the oven, still slinging out whole pies and slices, and as far as this diner can tell, doing it all with as much — perhaps more — passion for the craft than he has ever had.

“We are just flat out busy,” Losole told me after my two recent visits.

You can expect a wait for your weekend dinner at Virtuoso. Most diners, including the ones standing around waiting for one of the few booths or high-top standing tables in the restaurant, seemed okay with it. I certainly was. Get yourself a beer (there’s only one, Peroni) and a can of red wine (there’s only one, Coppola Pinot Noir) and enjoy the music, which is on blast, upbeat and definitely dance-worthy, and time spent waiting for that seat flies.

The first night, we ordered just one item, a 16-inch New Yorker pizza, which arrived a bit more than a half hour after we sat down.

The crust is still downright delicious, with a thicker profile than a Neapolitan style pizza, but still relatively thin all around — especially when compared to the thick Sicilian-style grandma pie that Losole now has on the menu (more on that later.)

The edge of the pie, colored to a beautiful hue of golden brown, has the right combination of crisp and chew that makes you want to put away slice after slice.

Losole lays down a thin layer of acidic tomato sauce and then any variety of flavorful, high-quality toppings. The New Yorker involves rounds of pepperoni stacked under ovals of sliced, house made Italian sausage, the meat nestled between a layer of mozzarella below and dollops of melted Burrata cheese on top. It’s incredibly rich, punctuated with the heat of pepperoni, the spice of sausage and the creamines of cheese. The crust holds up miraculously under such weight, never getting soggy.

Though the pizza has not changed since I was last at Virtuoso, a lot of other things have. Losole, whose parents ran South Omaha’s Lo Sole Mio, said his restaurant had hit a stride in 2020, with customers filling up the space from lunchtime straight through to dinner.

But COVID kept coming, and Losole said he had a bad feeling. The family — Losole runs the restaurant with his son and wife — came in on a Saturday, and business was slow. Then the cancellations of big events began. Losole started calling vendors that day, pulling back on his orders and putting things on hold.

He closed Virtuoso’s dining room when restaurants shut down, and it remained shut for almost two years. The restaurant’s walk-up window, which faces Maple Street right in the heart of Benson, is all that kept the shop going, Losole said. The family handed pizzas to customers out the window, and Losole added a deli to the business, selling sauces, salad dressings, meat and make-your-own pizza kits. He’s still running that small market online and looking for someone to run it in person now that the dining room is open again.

He reimagined Virtuoso during the pandemic, installing new ovens that took a seven-month journey from Italy to Omaha. He also removed most of the seating from the restaurant, and added a 16-inch pizza to the menu, joining the larger 20-inch pie.

He rethought his business hours, narrowing them to just four days a week, from 11 a.m. to 8 p.m. Wednesday through Saturday. He sees COVID as the silver lining that helped him find a way to keep the restaurant going and do it on the schedule he wanted.

“I want to have a family life, I want to do things with my life. I have no apologies on the hours or the prices,” he said. “We are still putting in our 60 hours a week up here.”

Prices these days are slightly higher than they used to be at Virtuoso, when every slice was $6. A cheese slice is still $6, but a specialty slice like the combo or the Sicilian is $8. Whole pies run between $33 and $45, and the Italian beef is around $15. For the quality and the care put into this food, plus the rising costs of ingredients across the board, I felt it reasonable.

He said COVID also changed how his customers dine out, and most are looking for more of a fast-casual experience and less of a sit down, full-service restaurant.

To that end, the staff at Virtuoso is small, just the Losole family and two employees working at the front, who ring diners up waiting in line and deliver food to tables and takeout customers as it comes out of the kitchen. Those front-of-house employees kept incredibly busy when we were there, taking orders, delivering food and wiping down tables.

The second night we dined at Virtuoso, we tried another slice of their New York pie, but expanded beyond it, revisiting their excellent Chicago beef sandwich and two other items I’d never tried: A dish of baked ziti and a thick slice of Nana’s porky pig, a Sicilian-style grandma pie.

I love Chicago beef, and Virtuoso’s is among the best Italian beef sandwiches anywhere in Omaha, no contest. I wrote in my notes “swoon worthy,” and I stand by that dramatic estimation.

The beef, seasoned with garlic and a house-made rub, is served medium rare, topped with a crisp and spicy house made giardiniera and a layer of hot melted cheese. We got ours dipped in the beef jus, and the roll absorbed that flavor, becoming slightly soft while also staying partially crisp. It’s a textural wonder.

Also great is the combo slice, simply topped with pepperoni and minced garlic along with slices of Virtuoso’s flavorful meatballs sliced into rounds. My one small complaint: Our New York style slice wasn’t as hot as the rest of our food. But don’t worry, we still devoured it.

The moment I laid eyes on Nana’s Porky Pig in the case at the front of the restaurant, I knew we had to try it. Its focaccia-like crust has a tender, airy center and a base that gets almost fried in a layer of oil, lending a crisp finish. On top, the restaurant piled up pepperoni and a combination of house made Italian and chorizo sausages on top of the sauce. Each bite had a smoky, savory finish and the crust’s edge had a rich, almost buttery flavor.

Baked Ziti is an Italian American classic, and Virtuoso does it Carmela Soprano style: a huge portion of tube-shaped pasta coated in plenty of sauce and plenty of cheese. But that sauce has nuance, with hints of fresh herbs and garlic, and the crisp cheese on top adds textural interest.

I think I can definitively say that Virtuoso is serving some of the best pizza, and even the best food, in midtown Omaha. I love Frank’s and Dante in West Omaha; I love Via Farina downtown. Virtuoso sits in the middle of those destinations, and if you, like I, have not been back in some time, it’s time to return. 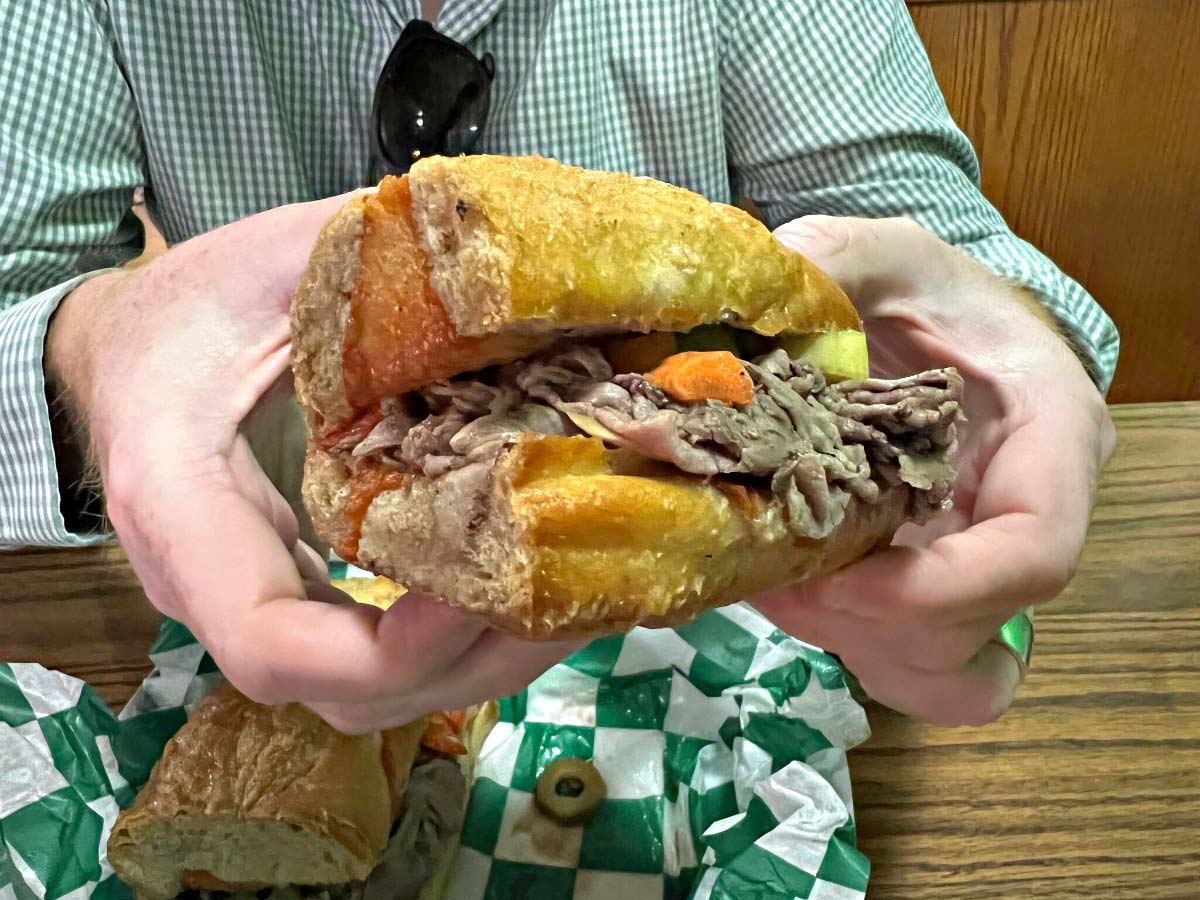 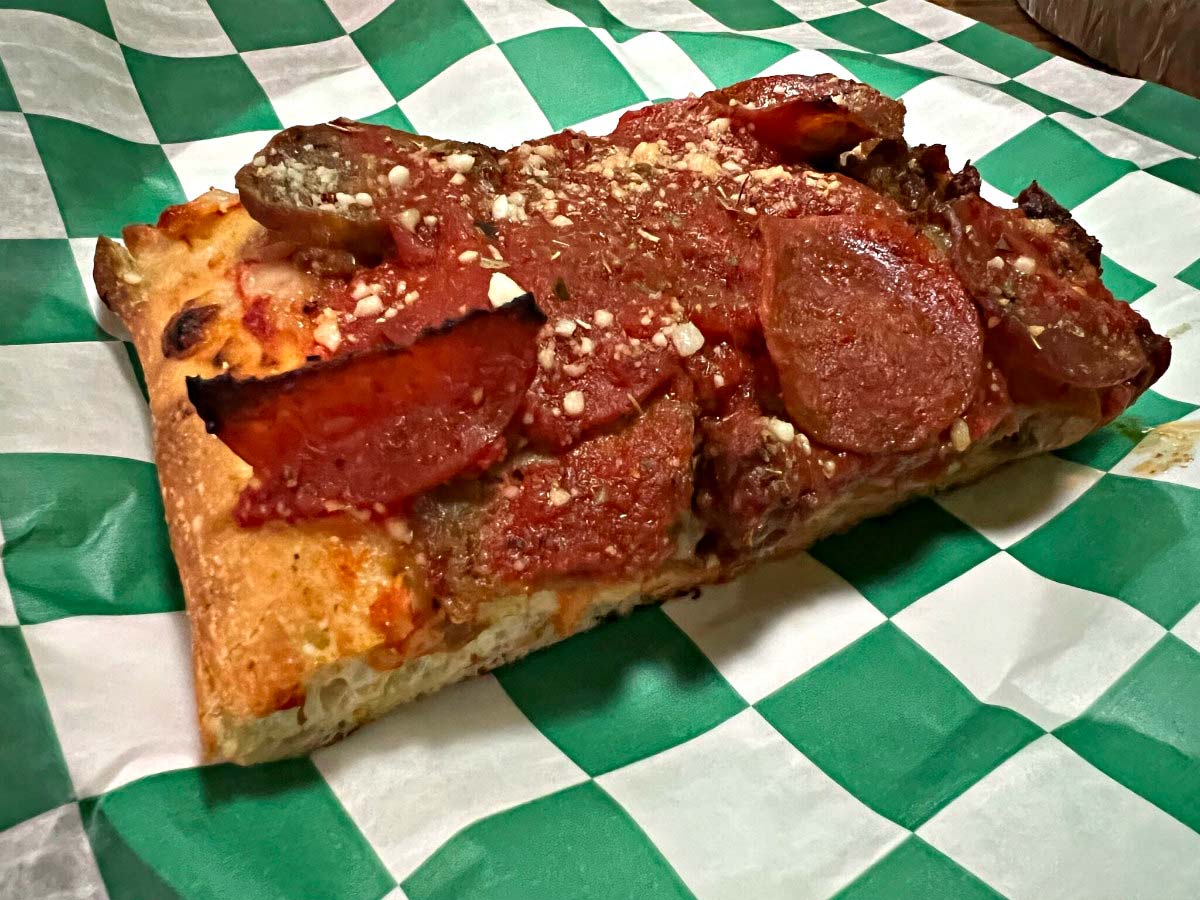 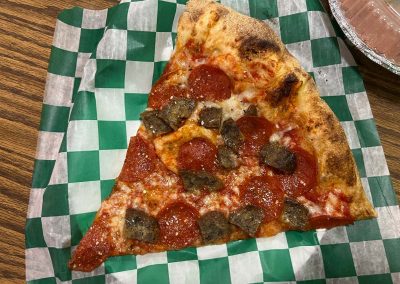 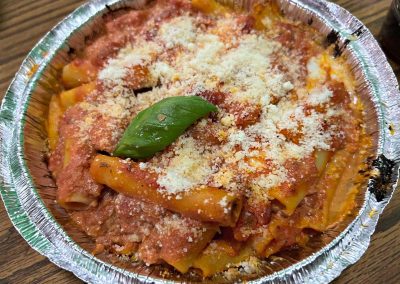 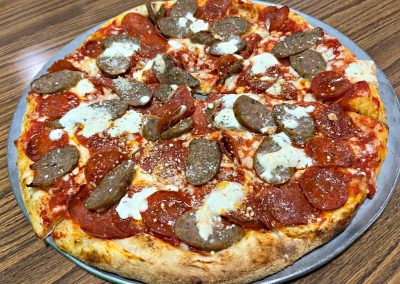 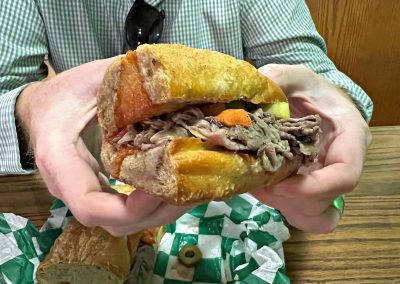 The Dungeness crab pot, one of the new dishes on the menu at the newly reopened Twisted Cork Bistro, is a contact sport, in the best possible way. I barely took any notes while I was eating it, and for good reason: I was eating crab, mussels, tiny roast potatoes,...

Tucked behind a softly lit door — that light green or red, depending on luck — in the lobby of downtown’s new Hotel Indigo sits the city’s latest speakeasy, serving a succinct lineup of original, artful cocktails. If the light is green, knock with the big brass door...

Sometimes when I’m deciding whether or not to review a place, I turn to Google, simply to learn a little bit more. When I googled “Hacienda Real,” the Lincoln-based, locally owned chain of Mexican restaurants that opened its third location in Omaha in August, this...

I’d heard a lot about Winchester Bar & Grill — in particular, about the burgers at Winchester — long before I ever set foot in the dive bar dining room a few weeks back. I kind of love it when rumors turn out to be true. Winchester made me feel like I was in some...

Dynamite Woodfire Grill, the restaurant inside the new Farnam Hotel at 12th and Farnam streets, presents diners with an interesting proposition: Would you rather dine with us, or at The Boiler Room? With us, or at V. Mertz? For its price point — our dinners, after...

At the tiny Khao Niao, Thai and Vietnamese classics are made with care

Whenever a friend says something along the lines of “have you tried the Thai place on 155th and Ruggles?” a little light flips on in my head. After two recent visits to that west Omaha hole-in-the-wall — which turns out to be called Khao Niao Thai-Lao Restaurant — I’m...

At Saffron, well-executed Indian classics are great, and there’s more to come

Saffron Urban Indian Kitchen is trying to figure out a way to stand out in Omaha. Our city already has a lot of good neighborhood Indian spots (Kinaara is one I like) and a couple of higher-end choices (Jaipur is one I like, too.) When you first arrive at Saffron, and...

The Dundee Dell is back for a new generation of locals

One of the toughest things a restaurant owner can take on is the reinvention of a classic. The Dundee Dell, which is nearing a century of history in midtown Omaha, is certainly that kind of an icon. So I was excited to see a successful revamp of this neighborhood...

At Gather in Omaha, “something for everyone” turns out to be a rare success

West Omaha’s Popular Crumbl Cookies are Worth the Hype

Sometimes a restaurant opening creates such an intense amount of buzz, it becomes unavoidable. In those rare cases, I simply have to check out whatever it is people are finding so irresistible. That’s what happened after I started hearing murmurs about a cookie place...