Good Evans, a breakfast-and-lunch-only restaurant from Kearney, Neb., plans to open in January near 74th & Pacific Street. The restaurant’s website says it “offers an elevated menu to the traditional breakfast and lunch offerings. We take great care in the quality of ingredients we use and our made-from-scratch recipes.”

VooDoo Taco will be the new occupant of the former Jones Bros. Cupcakes building at 2615 South 180th Street. Renovations are currently underway.

PepperJax has replaced the former Salsarita’s restaurant at 510 South 72nd Street. It is the second instance in Omaha this year in which PepperJax has left an in-line location for a free-standing building with a drive-through.

The Book Nook store located in downtown Papillion plans to open a second location in the former Godfather’s party space at Aksarben Village. Opening is planned for late October or early November.

Club Car Wash has opened at 4802 South 72nd Street in front of a Menard’s store. The membership car wash is new to the Omaha area and plans to open at least five more metro area locations. A location at 72nd & Sorensen Parkway is scheduled to open November 4th. 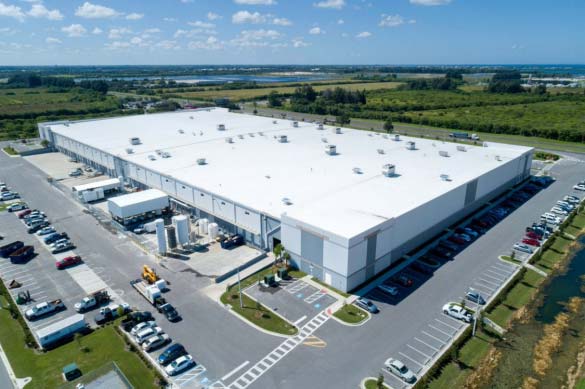 Manufacturing and warehouse/distribution projects make up almost 38 percent of potential development opportunities so far this year.

As of September 30th, the partnership had opened 123 projects, which was 80 percent of the 7-year average for that point in the year. Thirty-three of the projects were in the manufacturing sector, while 17 were warehouse/distribution. Only five projects were seeking the traditional office-type environment, according to Mark Norman, the partnership’s senior director of business attraction & expansion.

“As always, large projects tend to dominate cumulative investment and job numbers,” Norman said, “but the trend over the years is to see increased size and scope of these mega- sized projects. I see this trend continuing on an upward swing.”

Generally speaking, the names of companies involved in potential economic development projects are kept confidential until the projects are announced to the public.

Since declining to a record low in April of last year, the Creighton University Mid-America Business Conditions Index, a leading economic indicator for the nine-state region stretching from Minnesota to Arkansas, has remained above growth neutral for 16 of the last 17 months. The Index, which ranges between 0 and 100, declined to a still-solid 61.6 from August’s 68.9. Supply managers reported that the worker shortage represented the greatest challenge for the next 12 months and was restraining growth.

Designers are finalizing plans for pickleball courts on Lewis & Clark Landing, which is under development along the Riverfront. The pickleball courts, as well as sand volleyball courts, will sit just north of the $103 million Kiewit Luminarium. Pickleball is rapidly gaining popularity. Participation in the sport grew 21.3 percent from 2019 to 2020.

Youth Emergency Services plans to build a $22 million headquarters and adjacent four-story apartment building near 540 South 27th Street downtown. The project would involve the renovation of an existing building plus new construction. YES is a non-profit organization that helps homeless and runaway youth.

Construction has begun on the Pacific Springs Office Building northeast of 180th & Pacific Street. The $1.1 million building will be 12,724 sq. ft. and will sit between two existing small buildings in front of a Hy-Vee store.

Hotel News – The former 221-room Sheraton Omaha hotel located on a high hill overlooking the I-680 & West Dodge Expressway interchange was going to be renovated into an upscale senior living facility. Plans have changed. Because the hospitality market is improving nationally and locally, the ownership has decided the building will continue to be a hotel. Ownership has not announced whether the hotel will carry the Sheraton name or a different flag.

In other hotel news, the Holiday Inn Express near 88th & West Dodge Road is undergoing renovations. The hotel has been closed since the beginning of the pandemic in 2020.

Real Estate News from CoStar – The notion of Chinese dumplings as a grab-and-go food is innovative enough but fill them with unexpected ingredients and distribute them in high-tech food lockers and you may be on your way to launching a whole new food segment. READ MORE.

PetFriendly, an Omaha-based subscription pet care company delivering vet-quality flea and tick protection to customers’ front doors, has closed $6 million in seed funding. The company will use the funding to scale its Omaha operations, hire additional employees and expand product offerings. The company was founded in 2018.

Facebook, which as a multi-billion-dollar data center in Sarpy County, has donated $250,000 toward the Nebraska Vietnam Veterans Memorial to be located in Papillion. The memorial will be located next to the SumTur Amphitheater south of 108th & Highway 370. Completion is scheduled for 2023.

Lincoln-based Olsson, an engineering firm with a major office in Omaha, is acquiring Wittstruck & Associates of Omaha. The companies plan to wrap up negotiations by November 1st.

Green Plains Inc. of Omaha has announced changes to its board of directors leadership structure. The board appointed Jim Anderson to the newly-created role of Lead Independent Director and eliminated the position of vice-chair. Alain Treuer, the current Vice-Chair, will continue as an independent director. Anderson has served on the Board since 2008 and is currently the CEO of Molycop and previously held various executive roles at United Malt Holdings, Gavilon Group and ConAgra Foods.

Dawn Pielstick has been promoted to vice president of information systems applications at Mutual of Omaha. She leads the Information Services divisions that support senior health solutions and customer service. Pielstick joined Mutual as an information services programmer in 1999.

Jeannie Furlan has been appointed vice president of data strategy enablement at Mutual of Omaha. She is responsible for developing and governing the Finance and Actuarial vision for data, reporting and analysis, which will be aligned with the enterprise data strategy. Before joining Mutual of Omaha, Furlan was vice president, head of business strategy & reporting capabilities at Wells Fargo. Before that, she held progressive leadership roles at Deloitte.

Omaha-based Union Pacific Corporation announced that Sheri Edison has been elected to the company’s board of directors, effective December 1st. Edison most recently served as executive vice president and general counsel for Amcor plc, a global leader in packaging for products spanning the food, beverage, pharmaceutical, medical, home and personal care sectors, with approximately 50,000 employees across more than 40 countries from 2019 until her retirement in June 2021.

Completely KIDS has chosen Carla O’Donnell-Rizzo as its new CEO. Carla brings with her more than 20 years of experience serving the nonprofit community at Completely KIDS and was selected following a months-long search.

Omaha-based Scoular has added Megan Belcher to its board of directors. Belcher joined Scoular in 2017 and serves as the company’s Chief Legal & External Affairs Officer. She has more than 20 years of experience working for private and public companies in the agricultural, commodities, food ingredients and consumer food industries.