Hard Cider Coming to Little Italy – Lincoln-based Saro Cider has signed a lease with plans to open its first Omaha cider house in a 2,800 sq. ft. bay next to the Burlington League at 1022 South 10th Street. Opening should take place this fall.

If You Don’t Mind Long Lines – If you have attended any of the College World Series games this week at TD Ameritrade Park, you may have noticed a change at the downtown Zesto, which is part of the Blatt Beer & Table building. The walk-up window is now right across the street from the ballpark instead of on the backside of the building.

Speaking of Ballparks – Papio Pit Barbeque located at 1449 Papillion Drive in Papillion will hold a ribbon-cutting Wednesday, July 21st for its second location inside Werner Park.

Anything Can Be a Flight – Zen Coffee is planning to add lemonade flights. The locally owned coffee shop has locations at 25th & Farnam Street and 132nd & West Center Road but is searching for a third location.

Back in Business – After having been closed for several months, Erwin’s Jewelers is reopening July 1st at 219 West Mission Avenue in Olde Town Bellevue.

Vacation in the Village – The Facebook group Omaha Food Lovers, which has more than 63,000 members, is teaming up with the Inner Rail Food Hall to bring a special event to Aksarben Village Saturday, June 26th from 11 a.m. to 7 p.m.. Vacation in the Village is a classic summer event featuring a mini farmers market, live music, art, kids entertainment and an abundance of local food and beverage vendors. You can purchase tickets HERE. 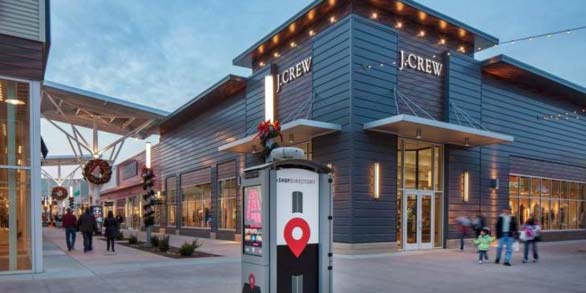 Given the pandemic and the increasing popularity of online retailing, some busines leaders and policy makers are questioning the future of retail real estate, the “bricks and mortar” of the retail business. While the retail real estate market has been massively disrupted, it is doing better than many people might think.

NAI NP Dodge president Deb Graeve was part of a CRE Summit webinar panel this week and discussed trends in retail real estate. She said retailers are still facing lingering challenges from the pandemic including: a shortage of staff; reduced retail hours (and reduced menu items at restaurants); the challenge of dealing with higher take-out business in the restaurant industry; and customer service challenges partly due to the labor shortage.

In order to compete with online retailing, bricks and mortar retail properties must up their game when it comes to technology, Graeve said. One of the world’s best examples of cutting-edge technology in retail real estate can be found at Nebraska Crossing at Interstate 80 and Highway 31 in Gretna.

Nebraska Crossing’s FastCash program allows shoppers to receive 15 percent cash back on all of their purchases at all Nebraska Crossing retailers. The money is put into shoppers’ digital wallets and can be used at any Nebraska Crossing merchant. That gives shoppers a reason to keep coming back to the bricks and mortar location.

Retailers can also pull shoppers off line and into their physical stores by being experiential, Graeve said. If shoppers get a pleasant experience on property that can’t be duplicated online, they are more likely to drive to the physical stores and less likely to shop exclusively online.

Finally, bricks and mortar retailers and shopping center landlords are wise to remember a couple old sayings: “What comes around goes around” and “What’s old is new again.”

Why do we say this? Many digitally native retailers (those that started as online companies with no physical stores) are now starting to open their own stores. The ultimate lesson is that most retailers do best when their online presence is synergized with their bricks and mortar stores.

Retail real estate will continue to change, but it’s not going anywhere.

Applied Underwriters, owner of the 500-acre Heartwood Preserve development in west Omaha announced this week that the development’s Heartwood Estates have all been presold well before they were scheduled to go on the market. The 48-property sector, south of Pacific Street near St. Wenceslaus Church, includes up to 1.5 acre lots and will be connected by a pedestrian bridge linking Heartwood’s greenways and the two main residential areas on opposite sides of Pacific Street.

The greenway on the south side of Pacific St., along with its trail system, runs along the western edge of the development for nearly a mile and a half. Applied Underwriters has engaged leading US architects in a competition for the pedestrian bridge’s design, particularly as it sits near an exclusive residential area and must be site appropriate.

Nashville-based MH Hospitality has acquired the struggling Ramada Hotel and Coco Key Water Resort at 72nd & Grover Street for $6.3 million. Before the opening of the CHI Health Center in 2003, the property (then known as Holiday Inn Central) served as Omaha’s primary convention center. MH Hospitality plans to demolish the hotel and indoor water park, making way for a $60 million, 18-acre, mixed-use, “vertical” development.

Work is underway on phase two of the Ravello 192 project located on the northeast corner of 192nd & Pacific Street. The second phase will add 68 apartments for a total of 186 units.

Omaha-based Jet Linx Aviation broke ground this week on a private aviation terminal on the east side of Eppley Airport next to its current terminal at 3910 America Earhart Plaza. The 70,000 sq. ft. building will have terminal facilities and a hangar. Completion is planned for summer 2022.

The state of Nebraska has one of the fastest-growing immigrant and refugee populations in the United States according to a report released by Heartland Forward. Immigrants are more likely to leave coastal states and migrate to mid-continent states such as Nebraska because the Heartland has ample economic opportunities, high quality of life and a lower cost of living.

In 2010, the 20 states making up the Heartland had only 23.4 percent of the nation’s immigrants. That number rose to 31.1 percent in 2019. During that time, Nebraska doubled its foreign-born population. Of the 300-plus metro areas in the country, Omaha was in the top 25 for highest percentage of immigrants gained.

The third building inside the R&R Commerce Park has been completed, according to the general contractor Darland Construction. The 77-acre park is located southwest of Highways 50 & 370 in Papillion and will eventually have more than 1 million sq. ft. of warehouse space. The recently completed building is 300,000 sq. ft. and features 32-foot, clear-height ceilings.

Meanwhile, work has begun on the fourth and final warehouse – 260,000 sq. ft. – which should be completed next summer.

Inc. Magazine has named Fusion Medical Staffing of Omaha to it’s list of Best Workplaces for 2021. More than 90 percent of the company’s employees must say they are highly engaged in order to make the list.

The U.S. Department of Commerce is sending $1.8 million in CARES Act funding to bolster tourism-related businesses in Nebraska. The grant will be matched by $450,000 in local funds and is expected to help the industry retain 810 Nebraska jobs.

The City of Omaha has opened its sixth full-service recycling drop-off site at 151 North 72nd Street. The drop-off site accepts glass containers in addition to the normal recyclables collected curbside.

The Sarpy County Chamber will hold a ribbon cutting for the Axis Apartments on July 8th at 10532 South 97th Court. That’s northwest of 96th & Lincoln Road. The new complex sits on 15 acres and totals 316 apartment units.

Who Else Should Read This Newsletter?