The former Joe’s Crab Shack building at the Westroads will soon have a new occupant. Sickies Garage Burgers & Brews plans to open this summer. Based in Fargo, N.D., Sickies Garage currently has seven locations in five states including a local one at 1203 Cornhusker Road in Bellevue.

Round the Bend Steakhouse at 30801 East Park Highway near Ashland has temporarily closed to renovate and double the size of its kitchen. While the popular steakhouse is closed (March 7th through 19th), nearby Quarry Oaks golf course is opening its dining room to the public Mondays through Saturdays 4 to 8 p.m.

After being temporarily closed since last spring, Sozo Coffeehouse has reopened at 1314 Jones Street in the Old Market.

Casanova’s Butchery has opened in Rockbrook Village. The locally owned butcher shop is “committed to bringing the highest quality meats, and poultry. Featuring a unique spectrum of international and local cheeses, cured meats as well as an outstanding selection of spirits.”

Contour Nail Bar, an upscale nail salon, has opened on the ground level of the Right at Home building at 67th & Mercy Street in Aksarben Village. 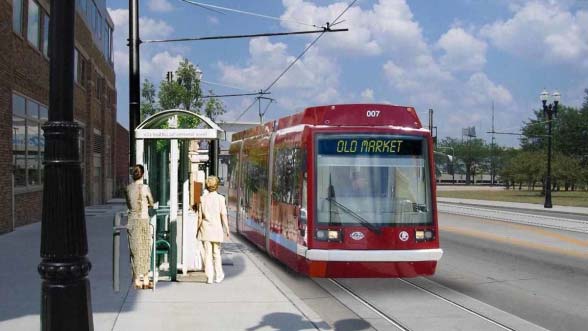 Too much parking and not enough humans. In a phrase, that’s how you could characterize the urban core today. But that’s about to change.

The City of Omaha is making big plans to repopulate the urban core. The goal is to attract 30,000 residents and 30,000 jobs within the next 30 years to the heart of Omaha. In order to make that happen, many of today’s surface parking lots must be converted into mid- and high-rise buildings.

It’s all part of the Urban Core Housing and Mobility Redevelopment Plan approved by the Omaha Planning Board last week. The focus is on a “Redevelopment Plan Area” bounded by 50th Street, Cuming Street, the Missouri River and Woolworth Street.

The plan provides for “significant transportation, mobility, and affordable housing improvements driven by and funded through office, retail, mixed-use, market-rate residential and other private investment.”

By capitalizing on the redevelopment opportunities identified in the plan, the city hopes to reinforce downtown and midtown Omaha as the center of employment for the region, and bolster it as a 24-hour area with housing, retail, restaurants, and other uses.

Transportation and mobility improvements proposed in this Redevelopment Plan will further enhance the viability of the area and facilitate the projected private development, according to city documents.

While Omaha’s urban core has experienced strong investment over the past 10 years, the area lags behind when it comes to jobs, transit investments and new affordable housing.

Regarding affordable housing, the city’s planned street car line could have a major effect. Because the street car will be free to riders, it could be possible for a large number of people to live in the urban core without the need to own a car.

“Being able to live, work and access education, health care, public services, groceries and personal services without a car will save residents approximately $400-$700 a month, which residents can then use for housing and other expenses,” according to city documents. “This makes market rate housing more affordable for a large segment of the population that otherwise could not afford the same unit while needing to own a car. In addition, it is possible increased property values could result in added revenue that could provide affordable housing.”

There’s one big hurdle that must be addressed before the urban core can be home to 30,000 new residents and 30,000 new jobs: we need to reduce the number of surface parking lots.

All those residents, jobs and corresponding development cannot physically fit into the area without a significant reduction in the amount of land needed for parking. That means that many of today’s surface parking lots must be turned into parking garages, office buildings, retail centers, apartments and condos.

You can read the entire Urban Core Housing and Mobility Redevelopment plan HERE.

The Omaha City Council has approved $3.8 million in Tax Increment Financing for a $22 million mixed-use building to be constructed on the southeast corner of 38th Avenue & Dodge Street. The six-story building will have 131 apartment units and ground-level commercial space. The developer, Skylark, LLC, will remove three houses and one small commercial building to make way for the project.

State lawmakers gave first-round approval this week to Legislative Bill 1023, which would start the long process of eventually building a 7-mile, 4,000-acre lake along the Platte River west of Gretna. Many hurdles – and likely several years – remain before construction could begin on the project. Proponents see the lake as an economic development benefit for the state.

One World Pediatric Dentistry is planning to build a facility near 84th & Q Street. The organization has four existing dental clinics.

Construction bids are due March 22nd for a Rocket Car Wash in Bellevue’s Twin Creek area. Construction is expected to be complete by October.

Lockbox Storage, which recently opened a new location in Little Italy, is about to begin construction on another storage facility south of 36th & Cornhusker Road in Bellevue.

Real Estate News from CoStar – The recent extraordinary improvement in the domestic health crisis is encouraging many displaced workers to return to work. Payrolls in February grew at their fastest pace since last summer, with 678,000 jobs added during the month, according to the latest report from the Bureau of Labor Statistics.

There remains a 2.1 million job deficit from the pre-pandemic peak two years ago, but the recent pace of hiring puts that milestone just three to four more months away — earlier if upward revisions continue as well.

Union Pacific Railroad will begin using a higher biodiesel blend in locomotives it acquired from Wabtec, a global provider of equipment and systems for the freight and transit rail industries, as well as the mining, marine and industrial markets. The new collaboration helps Omaha-based Union Pacific as it works to increase the percentage of low-carbon fuels consumed to 10 percent of its total diesel consumption by 2025 and 20 percent by 2030.

Comfort Keepers has acquired an 11,000 sq. ft. building at 4060 Vinton Street for its new headquarters. The company will share training space in the new building with Quality Career Pathways.

BUBS Naturals, a natural, better-for-you consumer-packaged goods brand, announced this week that it has closed a funding round. The round was led by an affiliate of Omaha-based McCarthy Capital and included participation from individual investors. BUBS will use the funding to scale its operations, hire additional team members and expand its product offerings into additional categories. The funding is the first external investment in the company which was founded in 2017.

NP Dodge Company’s Dodge Cares program issued checks totaling $82,200 in 2021, a record-breaking year for donations. Dodge Cares is a nonprofit organization helping to provide food, shelter and comfort for the homeless, displaced and abused. The program is supported by NP Dodge agents, employees and the Dodge family.

The Papillion Community Foundation has appointed Joe Hunter as executive director. Hunter has been with the organization since February of 2020.