From one chain restaurant to another – The former Old Chicago building in Papillion’s Shadow Lake Towne Center will become an Olive Garden with opening planned for later this spring. The new location will be the metro area’s fourth Olive Garden.

A taste of Wyoming is coming to the Old Market – “Gather,” a popular restaurant in Jackson Hole, is planning to open late spring at 1108 Howard Street. Gather Omaha will serve American cuisine with a western flair. The restaurant is opening in a space that had been vacant since the Old Market fire of 2006.

Mmmm…Donuts! – A donut concept from Okoboji, Iowa is coming to Omaha. Spudnutz plans to open this month at 920 N. 204th Avenue, Suite 120. As the name indicates, Spudnutz donuts are made with potato flour.

Speaking of Starbuck’s, it looks like the world’s most famous coffee chain is planning a free-standing building with drive through in front of the Menards store at 72nd & L Street.

Speaking of coffee, construction is expected to begin this spring on a Scooter’s Coffee drive-thru kiosk location southeast of 180th & Harrison Street with opening planned for this summer. Also in that area, construction is progressing on a KinderCare Learning Center.

Sunnyside on Center has opened at 3528 Center Street, featuring a breakfast-heavy menu. The restaurant is open 7 a.m. to 2 p.m. each day.

IkaSan Ramen has opened at Shadow Lake Towne Center in Papillion. The new restaurant is the third location for Ika, which started in Benson and has a location in the Old Market. Like the first two stores, the third Ika will serve ramen and sushi.

No longer a restaurant – The former Village Inn building at 3001 South 144th Street, near Oakview Mall, is being renovated into office space for Eye Care West, which is currently located at 147th & West Center Road.

Two new-to-market retailers are coming to Nebraska Crossing. Reebok will open in the former Justice bay and Ecco will be located in the former Gymboree space. Both plan to open around June 1st. Reebok is a Boston-based footwear retailer. Ecco is based in Denmark and has 2,250 locations and operates in 99 countries. 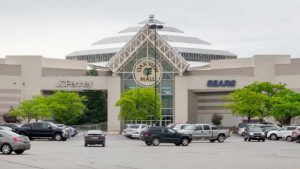 The purchase included the former Younkers department store building now occupied by The Rush Market, plus the LongHorn Steakhouse property and most of the parking area. The transaction did not include the three other department stores, which are separately owned.

According to the company website, Kohan Retail Investment Group “sees the future of aging malls as a place for more than just shopping. They are social settings where people interact with one another and small businesses can get a boost in a public and well-trafficked platform. Everyone has a need to build friendships and seek a community setting where entertainment, shopping, and food come together.” 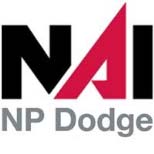 The City of Omaha and the University of Nebraska Medical Center have signed a Memorandum of Understanding that should pave the way for a massive development project near 44th & Farnam Street. The City plans to contribute $93 million over the next 10 years in support of Project NExT, a $2.6 billion all-hazards response hospital and research center that would create 8,700 new jobs with an average salary of approximately $75,000 per year.

Developers plan to convert the former Sheraton Omaha Hotel northeast of Interstate 680 & West Dodge Expressway into an assisted living facility. The hotel closed during the pandemic. The 6-story building is a local landmark because it sits on a 5.5-acre site on a hill high above West Dodge.

The former Days Inn hotel at 11515 Miracle Hills Drive could be converted into an apartment complex. The 2-story building sits on a 3.2-acre site and would have 136 efficiency apartments when renovations are complete.

Groundbreaking took place last week for the $20 million Granary District Project near 72nd and Q Street in Ralston. The project involved the renovation of the historic Granary building. The project includes a 14,000 sq. ft. “interactive outdoor space,” which will become a “three-season event venue.” The outdoor space will be constructed on the Bushwackers parking lot and will include a 27-foot LED screen.

Omaha’s world-famous Henry Doorly Zoo has opened its $6.1 million interactive stingray exhibit featuring a 22,000-gallon saltwater pool with room for up to 40 stingrays.

Market Square at Capitol Place is coming soon to the ground floor of a 6-story, mixed-use building on the southeast corner of 10th & Capitol Avenue downtown. Market Square will have room for about 10 food and/or service businesses. It will be located directly north of an existing Addy’s Sports Bar.

Westgate Bank plans to build a new branch building at 177th & West Maple Road in The Thomsen Mile development. Westgate Bank is based in Lincoln and has three existing branches in Omaha. 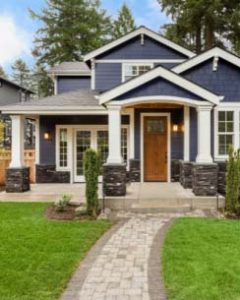 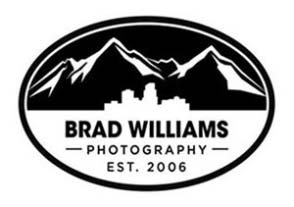 Facebook recently announced yet another expansion at its massive Sarpy County data center campus. By expanding south of Capehart Road, Facebook is now part of the Springfield community in addition to Papillion. The latest expansion includes 1 million sq. ft. of building space, $400 million in additional capital investment and 100 more jobs. All together, Facebook will have 3.6 million sq. ft. under roof worth $1.5 billion in capital investment.

Fiserv has made a major commitment to Nebraska. Gov. Pete Ricketts and local business leaders held a press conference earlier this year to announce that Milwaukee-based Fiserv will take advantage of tax incentives passed last year, and more importantly, keep a major employment presence in Nebraska. Fiserv acquired First Data Resources in 2019 for $22 billion. First Data had long been one of Omaha’s largest employers. Fiserv has more than 4,000 employees in Omaha and more than 1,000 in Lincoln.

Spreetail, an online seller of durable home goods based in Lincoln, is expanding its Omaha footprint by adding 35,000 sq. ft. of office space and more than 200 jobs at 1515 South 75th Street. According to a company press release, Spreetail has hired more than 25 people from cities including Boston, Atlanta and Los Angeles, who recently relocated to the Omaha-Lincoln region.

Workshop, an Omaha-based tech startup, has received $3.5 million in seed money from mostly local and regional sources, according to the Omaha World-Herald, including Ludlow Ventures, M25 and Linseed Capital. Workshop’s offices are located in the Millwork Commons District. The company is lead by a team of Omaha entrepreneurs who previously founded Flywheel (which was acquired by Austin, Texas-based WP Engine) and Median (which was sold to Dallas-based Loup).

The Peregrine Hotel has opened in a renovated former insurance office building at 203 South 18th Street next to the Woodmen Life Tower. The 89-room Peregrine is part of the Hilton Curio collection of boutique hotels.

This section is sponsored by Brad Williams Photography, your source for real estate, architecture and construction photography. 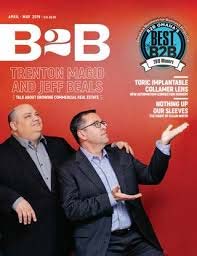 Grow Omaha broadcasts live every Saturday at 9 a.m. on News-Radio 1110 KFAB, but you can hear it on-demand, 24-hours-a-day on our podcast. Our most recent show was one of our popular call-in programs. That’s when Trenton Magid and Jeff Beals are joined by Brad Williams and Eric Oberembt and together we answer our listeners’ questions about growth and development. Plus we still have our news of the week and all the content in our lightning round! Listen HERE!